Marc Savard Net Worth: Marc Savard is a Canadian professional ice hockey player who has a net worth of $30 million. Born in Ottawa, Ontario, Canada, in 1977, Marc Savard is a five-foot-ten, 191-pound center who shoots left. The New York Rangers drafted Savard with the 91st overall pick during the 1995 NHL Entry Draft.

Savard played one full regular season with the Rangers before he was dealt to the Calgary Flames shortly after the end of the 1999 season. Savard played with Calgary until 2002, when he was traded to the Atlanta Thrashers. He remained with the Thrashers until 2006, and played overseas in Sweden during the 2004-05 lockout. Savard signed a free agent deal for four years and $20 million with the Boston Bruins during the summer of 2006. He earned his first NHL All-Star berth in 2008 with Boston, which he followed up with a second All-Star game appearance one year later. He was part of Boston's 2011 Stanley Cup championship winning team, though he has not played since suffering a concussion on January 23, 2011. As of the fall of 2014, Savard has not played in close to three seasons, though he remains part of the Boston organization. He holds several records, including most assists in a single-season for the Thrashers and most assists in consecutive games with the club as well. 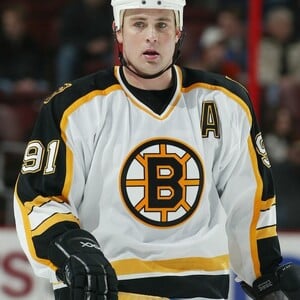