Kyle Okposo net worth: Kyle Okposo is an American professional hockey player who has a net worth of $15 million. Kyle Okposo was born in Saint Paul, Minnesota in April 1988. He is a right winter who played for the Des Moines Buccaneers in the USHL. Okposo was drafted #7 overall by the New York Islanders in the 2006 National Hockey League draft.  He played at the University of Minnesota from 2006 to 2008 and then for the Bridgeport Sound Tigers of the AHL.

Okposo made his NHL debut for the Islanders in 2007 and played there until 2016. He signed with the Buffalo Sabres and has played with the team since 2016. Okposo has also represented the United States in international competition and won a bronze medal at the 2007 World Junior Championships. In 2017 he was selected to the NHL All-Star Game. Okposo signed a seven year deal for $42 million with the Sabres in 2016. In March 2017 he was hospitalized in a neurosurgical intensive care unit and would go onto miss the rest of the season. 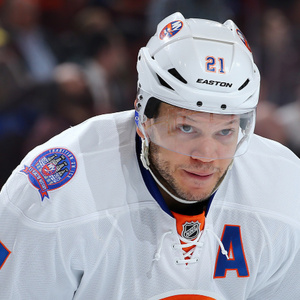