Kimmo Timonen Net Worth: Kimmo Timonen is a Finnish professional hockey player who has a net worth of $44 million. Kimmo Timonen was born in Kuopio, Finland in March 1975. He played for KalPa, TPS, and HIFK in the SM-I league. Timonen was drafted #250 by the Los Angeles Kings in the 1993 NHL Draft.

Timonen was traded to the Philadelphia Flyers in 2007 and signed a six year deal worth $37.8 million. Timonen has been selected to the NHL All-Star Game in 2000, 2004, 2007, 2008, and 2012. He has won the Barry Ashbee Trophy five times for being the Philadelphia Flyers best defenseman. He holds the record for the Nashville Predators for career assists. Competing internationally for Finland Timonen has won Silver medals at the 2006 Winter Olympics and 1998, 1999, and 2001 World Championships. He has won Bronze medals at the 1998, 2010, and 2014 Winter Olympics. In August 2014 Kimmo was diagnosed with blood clots in both of his lungs and his right leg and his hockey career is in jeopardy. 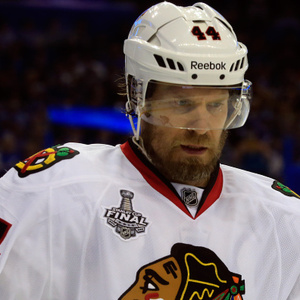