How much is Kevin Lowe Worth?

Kevin Lowe net worth: Kevin Lowe is a Canadian professional ice hockey executive and former player and coach who has a net worth of $10 million. Kevin Lowe was born in Lachute, Quebec, Canada in April 1959. As a player he was s defenceman who shot left handed. Lowe first played for the Quebec Remparts in the QMJHL. He was draft #21 overall in the 1979 NFL Draft by the Edmonton Oilers. He played for Oilers from 1979 to 1992 and then for the New York Rangers from 1992 to 1996. Lowe finished his NHL career with the Oilers from 1996 to 1997. He won the Stanley Cup championship six times and was a seven time NHL All-Star and took home the King Clancy Memorial Trophy in 1990. Kevin Lowe also represented Canada in international competition. He coached the Oilers from 1999 to 2000. Lowe serves as vice-chairman of the Oilers Entertainment Group and was the team's former general manager. 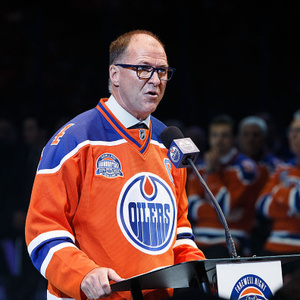