Keith Tkachuk Net Worth: Keith Tkachuk is an American retired professional hockey player who has a net worth of $50 million. Keith Tkachuk was born in Melrose, Massachusetts in March 1972. He played hockey at Boston University and was a member of the U.S. National Junior team in 1991 and 1992 as well as the U.S. Olympic team in 1992.

Tkachuk was drafted #19 by the Winnipeg Jets in the 1990 NHL Draft. He played for the Jets until 1996 when the relocated and became the Phoenix Coyotes. In 1995 he signed a five year deal worth $17 million with the Jets/Coyotes. Tkachuk joined the St. Louis Blues in 2000. In 2007 he was traded to the Atlanta Thrashers before going back to the Blues and signing a two year deal worth $8 million deal. Tkachuk played in the NHL All-Star Game in 1997, 1998, 1999, 2004, and 2009. He was part of the All-Hockey East Rookie Team and was a two time NHL Second All-Star Team member. He was also named NHL Player of the Week three times. Tkachuk represented the United States in international competition and won a Gold at the 1996 World Cup and a Silver at the 2002 Winter Olympics. Keith is one of four American-born players who have scored 500 goals. 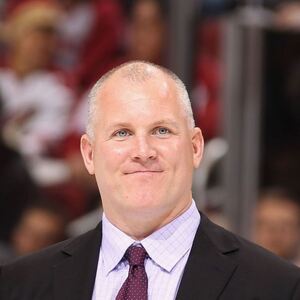