John LeClair Net Worth: John LeClair is a former American professional ice hockey player who has a net worth of $36 million. Born in St. Albans, Vermont, in 1969, John LeClair played college hockey at the University of Vermont, where he struggled due to some injuries. He was drafted 33rd overall during the 1987 NHL Entry Draft by the Montreal Canadiens.

He went on to play for the Canadiens, the Philadelphia Flyers, and the Pittsburgh Penguins. LeClair was part of the Legion of Doom line alongside Eric Lindros while with the Flyers. LeClair was part of the 1993 Stanley Cup championship team when he played for the Canadiens. He won the Pelle Lindbergh Memorial Trophy in 1995, the Bobby Clarke Trophy in 1997 and 1998, and was an NHL All-Star five times from 1996 until 2000. LeClair played in close to 1,000 career regular season games and scored more than 400 goals and recorded more than assists. He played internationally for the U.S. men's national team, appearing in the Olympic games in 1998 and again in 2002. He presides over the John LeClair Foundation, which provides donations to organizations in Vermont that help children. He became a member of the U.S. Hockey Hall of Fame in 2009. 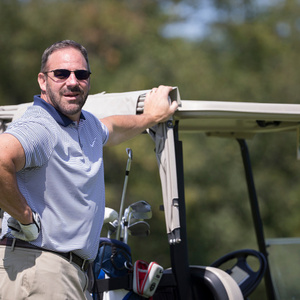