He was drafted #2 by the Ottawa Senators in the 2001 NHL Draft. Spezza played his entire NHL career for the Senators before being traded to the Dallas Stars in July 2014. He signed a seven year contract extension worth $49 million in 2007. In the OHL he was selected to the First All-Rookie Team, Third All-Star Team and won the Top Draft Prospect Awards. He was selected the AHL All-Rookie Team and won the Les Cunningham Award for AHL MVP and John B. Sollenberger Trophy for AHL Leading Scorer in 2005. In the NHL Spezza played in the 2008 and 2012 NHL All-Star Games. He has competed internationally for Canada and won a Gold Medal at the 2012 Spengler Cup. Spezza has won Silver medals at the 2008 and 2009 World Champions and the 2002 World Junior Championships. 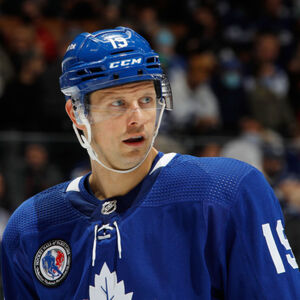