How much is Jason Arnott Worth?

Jason Arnott Net Worth: Jason Arnott is a retired Canadian professional ice hockey player who has a net worth of $40 million. Born in Collingwood, Ontario, Canada, in 1974, Jason Arnott was chosen by the Edmonton Oilers seventh overall during the 1993 NHL Draft. Arnott made his rookie debut during the 1993-94 season, appearing in close to 80 games for the Oilers along the left wing. He was a finalist for the Calder Memorial Trophy. In early 1998, Arnott was dealt to the New Jersey Devils. In 2000, Arnott scored the championship-winning goal during double overtime to win the Stanley Cup for the Devils. Two years later, he was traded to the team the Devils beat in the Stanley Cup finals: the Dallas Stars. He recorded a career-high in points for the Stars during the 2005-06 season. Soon after, Arnott landed a five-year, $22.5 million contract with the Nashville Predators. He rejoined the Devils during the summer of 2010 after a trade; the Devils then shipped Arnott to the Washington Capitals a year later. During the summer of 2011, Arnott was traded once more to the St. Louis Blues. He didn't land a new deal with the Blues, and signed a one-year contract with the New York Rangers in early 2013, though he failed the physical and has not played since. Arnott retired on November 5, 2013 after close to two decades in the NHL. He represented Team Canada at the 1994 World Championships in Bolzano, winning a gold medal. 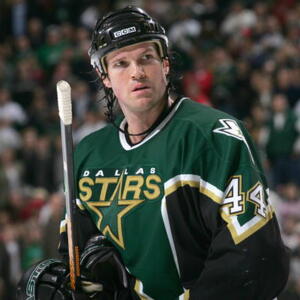