Jarret Stoll net worth: Jarret Stoll is a Canadian professional ice hockey player who has a net worth of $16 million. Jarret Stoll was born in Melville, Saskatchewan, Canada in June 1982. He is a center who won a Western Canadian Championship playing for the Yorkton Bantam AAA Terriers. He played for the Saskatoon Blazers and was the #1 pick of the Edmonton Ice in the 1997 WHL Bantam Draft.

He was named captain of the Ice and helped them win a Memorial Cup championship. Stoll was drafted #46 by the Calgary Flames in the 2000 NHL Entry Draft. He was traded to the Toronto Maple Leafs but was unable to sign a contract. Stoll was drafted again #36 in the 2002 NHL Draft by the Edmonton Oilers. He won silver medals in the 2001 and 2002 World Junior Hockey Championship representing Canada and was named team captain. In 2008 he was traded to the Los Angeles Kings and he signed a four year deal worth $14.4 million. He re-signed with the Kings in 2012 for a three year deal worth $9.75 million. Stoll won two Stanley Cups with the Kings in 2012 and 2014. In April 2015 he was arrested in Las Vegas, Nevada for possession charges which included MDMA and cocaine. In 2017 Jarret Stoll married sports reporter Erin Andrews. 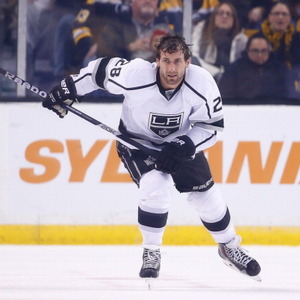