Jari Kurri net worth: Jari Kurri is a Finnish retired professional hockey player who has a net worth of $25 million. Jari Kurri was born in Helsinki, Finland in May 1960. He was a right winter who shot right handed. His playing career lasted from 1977 to 1998 and he was drafted #69 overall by the Edmonton Oilers in the 1980 National Hockey League Draft.

Kurri played for Jokerit from 1977 to 1980. He played for the Oilers from 1980 to 1990. He played in Italy for the Devils Milano from 1990 to 1992 and played for the Los Angeles Kings from 1991 to 1996. Jari Kurri played for the New York Rangers from 1995 to 1996 and for the Mighty Ducks of Anaheim from 1996 to 1997 and the Colorado Avalanche from 1997 to 1998. He also represented Finland in international competition and won a Gold meal at the 1978 IIHF European Junior Championships and a Bronze at the 1998 Nagano Winter Olympics. Kurri was inducted into the Hockey Hall of Fame in 2001 and named one of the 100 Greatest NHL Players in history. He went on to become the owner and general manager of Jokerit. 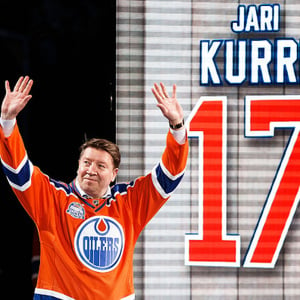