Jake Allen net worth: Jake Allen is a Canadian professional hockey player who has a net worth of $3 million. Jake Allen was born in Fredericton, New Brunswick, Canada in August 1990. He is a goaltender who catches left handed. Allen played in the Quebec Major Junior Hockey League for the St.

John's Fog Devils, the Montreal Junior Hockey Club, and the Drummondville Voltigeurs. He was drafted #34 overall by the St. Louis Blues in the 2008 National Hockey League draft. Jake Allen has played for the Blues his entire NHL career and has also spent time with the Peoria Rivermen and the Chicago Wolves in the AHL. He won a Stanley Cup with the Blues in 2019 and was selected to the All-Rookie Team. Allen won a gold medal representing Canada at the 2008 Russia IIHF World U18 Championships and he won a silver medal at the World Junior Hockey Championships in Canada in 2010. 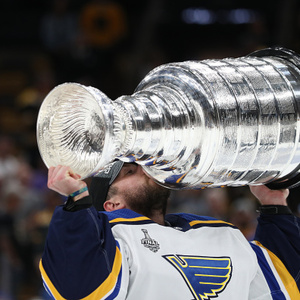