Jack Hughes net worth: Jack Hughes is an American professional hockey player who has a net worth of $3 million. Jack Hughes was born in Orlando, Florida in May 2001. He is a center who shoots left handed. Hughes played for the Toronto Marlboros in the GTMMHL from 2016 to 2017 and also played for the Georgetown Raiders during those years. He joined the U.S. National Development Team in 2017 and won silver medal at the World Junior Championships in Canada in 2019 and at the IIHF World U18 Championships in Russia in 2018. Jack Hughes was drafted #1 overall by the New Jersey Devils in the 2019 National Hockey League draft. He was named the Dave Tyler Junior Player of the Year Award in 2018 in the USHL. Hughes also was the 2018 IIHF World U18 Championship Tournament MVP and made the IIHF World U18 Championship Tournament All-Star Team in 2018. 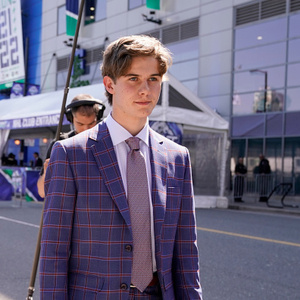