Jack Eichel net worth: Jack Eichel is an American professional ice hockey player who has a net worth of $30 million. Jack Eichel was born in North Chelmsford, Massachusetts in October 1996. He is a center who shoots right handed. Eichel played for the U.S. National Development Team from 2012 to 2014 and played at Boston University from 2014 to 2015. He was drafted #2 overall by the Buffalo Sabres in the 2015 National Hockey League Draft. Jack Eichel has represented the United States in international competition and won a bronze medal at the 2015 World Championships, a gold medal at the 2014 IIHF World U18 Championship, and a silver medal at the 2013 IIHF World U18 Championship. Eichel was an NHL All-Star in 2018 and 2019 and made the NHL All-Rookie Team in 2015-16. In college he was the NCAA Rookie of the Year and won the Hobey Baker Award in 2015. 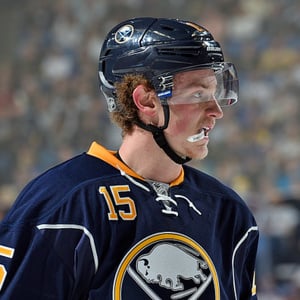