He has played his entire NHL career for the Red Wings. Zetterberg won the Stanley Cup in 2008 as well as the Conn Smythe Trophy for being the Most Valuable Player of the 2008 Stanley Cup Playoffs. He also represents Canada in international competition and won Gold Medals at the 2006 Winter Olympics and the 2006 Ice Hockey World Championships. Zetterberg is a member of the Triple Gold Club. He won a Silver at the 2014 Winter Olympics and the 2003 World Championships and Bronze Medals at the 2001 and 2002 World Championships. In 2009 Zetterberg signed a 12 year deal for $73 million with the Red Wings. 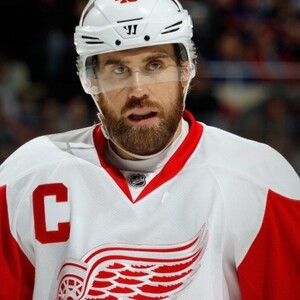