Glen Sather net worth: Glen Sather is the American president and current general manager of the New York Rangers National Hockey League team who has a net worth of $20 million dollars. Glen Sather was born in High River, Alberta, Canada on September 2, 1943, and throughout his played hockey for ten years in the NHL winning five Stanley Cup championships.

He has been coaching in the NHL since 1979 and has been with the New York Rangers since 2000. He previously worked with the Edmonton Oilers and the Whitley Warriors. In 1997 he was inducted into the Hockey Hall of Fame and in 2010 was an inaugural inductee into the World Hockey Association Hall of Fame for "Legends of the Game. As a professional player, Sather played ten seasons in the NHL and one season with the Edmonton Oilers in the World Hockey Association. Throughout all of his games he scored 99-146-245 with a total of 801 minutes in penalties. He earned the Stanley Cup as head coach in the years 1984, 1985, 1987 and 1988. He won the Stanley Cup as president and general manager in 1990. He also helped establish teams for the 1984 Canada Cup, the 1994 Ice Hockey World Championship, and the 1996 World Cup of Hockey. 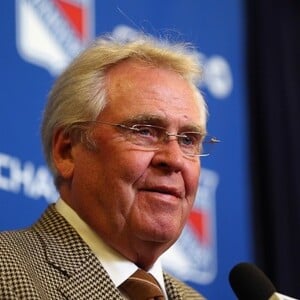