Fredrik Modin net worth: Fredrik Modin is a Swedish former professional hockey player who has a net worth of $11 million. Fredrik Modin was born in Sundsvall, Sweden in October 1974. He is a left winger who played for Timra IK and Brynas IF in Sweden. Modin was drafted #64 by the Toronto Maple Leafs in the 1994 National Hockey League Draft.

He played for the Maple Leafs from 1996 to 1999 and for the Tampa Bay Lightning from 1999 to 2005. Modin played with the Columbus Blue Jackets from 2006 to 2010. He played for the Los Angeles Kings in 2010, the Atlanta Thrashers from 2010 to 2011, and the Calgary Flames in 2011. Modin also represented Sweden in international competition and won Gold medals at the 2006 Winter Olympics and the 1998 World Championships. He won a Silver medal at the 1994 World Junior Championships and a Bronze medal at the 2001 World Championships. Modin won the Stanley Cup with the Lightning in 2004 and was part of the All-star team at the World Cup of Hockey in 2004. 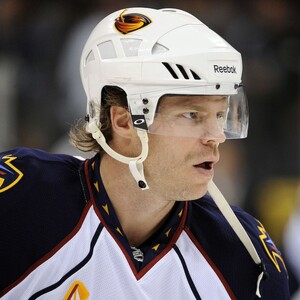