Ed Belfour net worth: Ed Belfour is a Canadian former professional hockey player who has a net worth of $20 million. Ed Belfour was born in Carman, Manitoba, Canada in April 1965. He was a goaltender who played for the Winkler Flyers in the MJHL and the University of North Dakota.

Belfour went undrafted and played for the Saginaw Hawks in the IHL before signing with the Chicago Blackhawks of the National Hockey League in 1988. He played for Chicago until the 1996-97 season when he played for the San Jose Sharks. Belfour played for the Dallas Stars from 1997 to 2002. He played for the Toronto Maple Leafs from 2002 to 2006 and for the Florida Panthers from 2006 to 2007. Belfour finished his career in Sweden from 2007 to 2008. He also represented Canada in international competition and won a Gold medal at the Canada Cup in 1991 and at the Olympic Games in 2002. Belfour was a Stanley Cup Champion in 1999 and was a six time All-Star selection. He is also a member of the Manitoba Sports Hall of Fame and was inducted into the Hockey Hall of Fame in 2011. 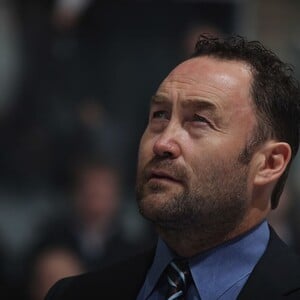