How much is Donald Brashear Worth?

Donald Brashear net worth: Donald Brashear is a Canadian American former professional hockey player who has a net worth of $150 thousand. He is perhaps most well known for being a leader in penalty minutes and being slashed in the head during an NHL game.

Donald Brashear was born in Bedford, Indiana in January 1972. He was a left winger who shot left handed and was known as an enforcer. Brasher set the Vancouver Canucks all time single season record for penalty minutes. He started out playing for the Ste-Foy Gouveneurs of the QAAA and then played for the Longueuil College Francais and the Verdun College Francais of the QMJHL. Donald Brashear played for the Fredericton Canadiens of the AHL and started his NHL career off with the Montreal Canadiens from 1993 to 1997. He played for the Vancouver Canucks from 1996 to 2002 and for the Philadelphia Flyers from 2001 to 2006. Brashear played for the Washington Capitals from 2006 to 2009 and for the New York Rangers from 2009 to 2010. He also represented the United States in international competition.

Financial Problems: After earning $16 million (pre-tax) during his career, Donald has fell on some hard times after leaving the NHL. In November 2018, his real estate company Bash Properties 87 filed for bankruptcy. In June 2019 he was arrested while trying to break into one of his former properties. He was found in possession of cocaine during the arrest. 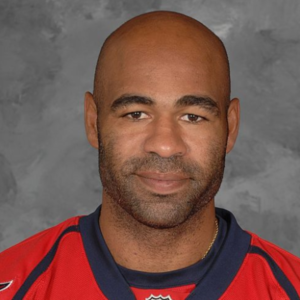