How much is Matt Stajan Worth?

Derek Stepan net worth: Derek Stepan is an American professional ice hockey player who has a net worth of $12 million. Derek Stepan was born in Hastings, Minnesota in June 1990. He is a center who played for the University of Wisconsin. Stepan was drafted #51 by the New York Rangers in the 2008 National Hockey League draft. He has played with the Rangers his entire NHL career. Stepan also represents the United States in international competition and won a Gold Medal at the 2010 World Junior Championships. In 2013 he signed a two year deal worth $6.15 million. In 2015 he signed a six year deal worth $39 million, which makes him the Rangers 2nd highest paid forward behind Rick Nash. His cousin Zachary was drafted by the Nashville Predators in 2012. 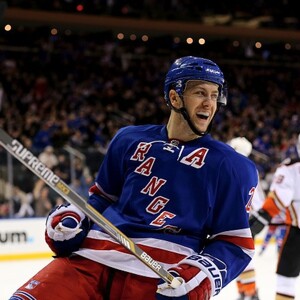