Dennis Wideman net worth: Dennis Wideman is a Canadian professional hockey player who has a net worth of $10 million. Dennis Wideman was born in Kitchener, Ontario, Canada in March 1983. He is a defenseman who shoots right handed. Wideman started his career playing for Guelph Bantam AAA in the SCTA and for the Elmira Sugar Kings in the MWJHL.

He played for the Sudbury Wolves and the London Knights of the OHL. Wideman was drafted #241 by the Buffalo Sabres in the 2002 National Hockey League Draft. He played for the St. Louis Blues from 2005 to 2007 and then for the Boston Bruins until 2010. Wideman played for the Florida Panthers and then played for the Washington Capitals from 2010 to 2012. Since 2012 he has played for the Calgary Flames. In 2012 Wideman signed a five year deal with the Flames for $26.25 million. 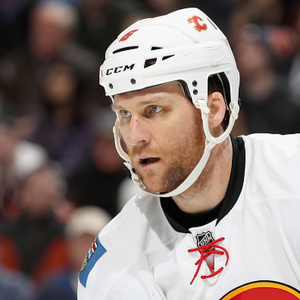