David Legwand net worth: David Legwand is an American professional hockey player who has a net worth of $9 million. David Legwand was born in Detroit, Michigan in August 1980. He is a center who shoots left handed. Legwand started his career playing for the Detroit Ambassadors of the NAHL and the Plymouth Whalers of the OHL.

He was drafted #2 in the 1998 National Hockey League draft by the Nashville Predators. Legwand played for Nashville from 1998 to 2014. He was traded to the Detroit Red Wings for the 2013-14 season and in 2014 he signed a two year deal with the Ottawa Senators for $6 million. In June 2015 Legwand was traded to the Buffalo Sabres. He has also represented the United States in international competition at the World Championship and World Junior Championships. Legwand and former NHL player Derian Hatcher purchased the Sarnia Sting of the OHL in 2015. 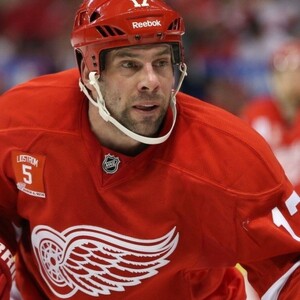