David Booth net worth: David Booth is an American hockey player who has a net worth of $14 million. Born in Detroit, Michigan, David Booth began earning accolades while playing in the junior and Under-18 divisions. He was named NAHL Rookie of the Year for his impressive play during the 2000-2001 season, and in 2002, he was invited to participate in the United States National Team Development Program. He received an athletic scholarship to Michigan State, and by the end of his freshman year, multiple teams were looking to draft him. However, an injury sustained at the beginning of his sophomore year, left him sidelined for a portion of the season, and his ranking went down. He was drafted by the Florida Panthers at the end of his sophomore year, and then went on to complete his four-year degree before signing with them officially in 2006. His time with the Panthers saw its ups and downs. After breaking out in 2009 and 2010, multiple injuries began to affect his level of play, and the Panthers eventually traded him to the Vancouver Canucks in 2011 where he played until 2014. He then played for the Toronto Maple Leafs between 2014 and 2015. 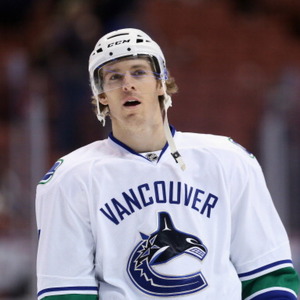