David Backes net worth: David Backes is an American professional hockey player who has a net worth of $8 million. David Backes was born in Minneapolis, Minnesota in May 1984. He is a center who shoots right handed. Backes played for Spring Lake Park in the MN-HS league, Lincoln Stars in the USHL, and for Minnesota State.

He was drafted #62 by the St. Louis Blues in the 2003 National Hockey League Draft. Backes has played his entire NHL career for the Blues since 2006. He also represents the United States in international competition and won a Silver Medal at the 2010 Olympic Games. In 2010 he signed a five year deal with St. Louis for $22.5 million. Backes got his private pilot's license in 2012. 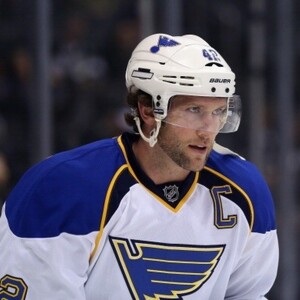