Dan Girardi net worth: Dan Girardi is a Canadian professional hockey player who has a net worth of $11 million. Dan Girardi was born in Welland, Ontario, Canada in April 1984. He is a defenseman who has played for the Welland Tigers in the OMHA, the Barrie Colts, Guelph Storm, and London Knights of the OHL, the Couchiching Terries of the OPJHL, and the Charlotte Checkers of the ECHL.

Girardi went undrafted but signed with the New York Rangers of the National Hockey League where he has played his entire NHL career since 2006. He is an alternative captain of the Rangers and signed a two year deal for $3.1 million in 2008. In 2010 he re-signed with the Rangers with a four year deal worth $13.3 million. During the 2013-14 season Girardi signed a six year deal worth $33 million with New York. 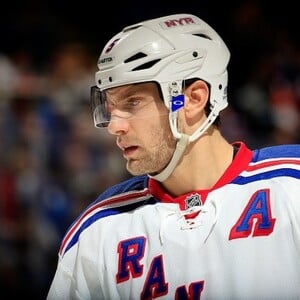