Dan Boyle Net Worth: Dan Boyle is a Canadian professional hockey player who has a net worth of $42 million. Dan Boyle was born in Ottawa, Ontario, Canada in July 1976. He played for the Miami RedHawks in the CCHA for four seasons and also played for the Cincinnati Cyclones in the IHL and the Kentucky Thoroughblades in the AHL.

Boyle was undrafted but signed with the Florida Panthers for the 1998-99 season. He joined the Tampa Bay Lightning in the 2001-02 season and signed a six year $40 million deal in 208 before being traded to the San Jose Sharks. He was named to the All-CCHA Rookie Team, All-CCHA First Team, AHCA West First-Team All-American, AHL All-Rookie Team, and AHL Second All-Star Team. In the NHL Boyle won a Stanley Cup championship in 2004 with the Tampa Bay Lightning. He was named to the NHL Second All-Star Team twice. Boyle has represented Canada in international competition winning a Gold medal at the 2010 Winter Olympics and a Silver at the 2005 World Championships. He signed a two year deal with the New York Rangers in July 2014. 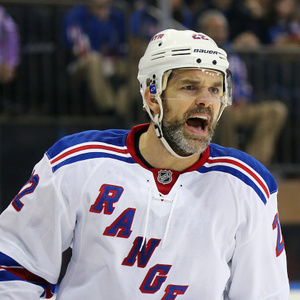