Craig Smith net worth: Craig Smith is an American professional hockey player who has a net worth of $16 million. He is best known for playing for the Nashville Predators.

Craig Smith was born in Madison, Wisconsin in September 1989. He is a right winger who shoots right handed. Smith played for the Waterloo Black Hawks in the USHL from 2006 to 2009. He played for the University of Wisconsin from 2009 to 2011. Craig Smith joined the NHL's Nashville Predators in 2011. He has also represented the United States in international competition and won a gold medal at the 2008 World Junior A challenge and a bronze at the 2013 World Championships. Craig Smith was selected to the USHL All-Star Game and First All-Star Team in 2009 and the All-WCHA Rookie Team in 2010. In 2015 he signed a five year deal with the Nashville Predators for $21.25 million. He briefly played in Finland and for the Milwaukee Admirals of the AHL. 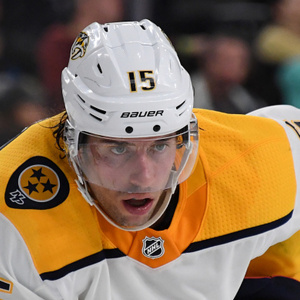