Craig Berube net worth: Craig Berube is a Canadian former professional hockey player and coach who has a net worth of $3 million. Craig Berube was born in Calahoo, Alberta, Canada in December 1965. He was a left winger who played in the PCJHL and WHL. During his NHL career Berube played for the Philadelphia Flyers, Toronto Maple Leafs, Calgary Flames, Washington Capitals, and New York Islanders.

He was known as an enforcer and finished seventh on the all-time NFL penalty minutes list. Berube was the head coach of the Philadelphia Flyers from 2013 to 2015. He finished his NHL career with over 1,000 games played and more than 2,000 career penalty minutes. 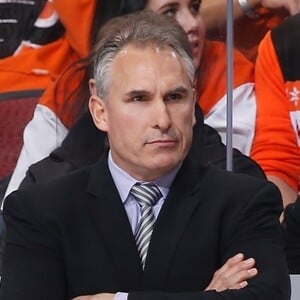