Corey Perry net worth: Corey Perry is a Canadian professional hockey player who has a net worth of $20 million. Corey Perry was born in Haileybury, Ontario, Canada in May 1985. He is a right winger who shoots right handed. Perry started his career playing for the London Knights of the OHL where he won a Memorial Cup.

He was drafted #28 by the Mighty Ducks of Anaheim in the 2003 National Hockey League Draft. Perry has played for the Anaheim Ducks his entire NHL career since 2005. He also represents Canada in international competition and has won Gold Medals at the Olympic Winter Games in 2010 and 2014 as well as the World Junior Championships in 2005. Perry serves as an alternate captain for the Ducks and he won a Stanley Cup in 2007. He has been selected to the All-Star Game three times and to the First All-Star Team twice. Perry has also won the Maurice "Rocket" Richard Trophy and the Hart Memorial Trophy. In 2013 he signed an eight year deal with Anaheim for $69 million. 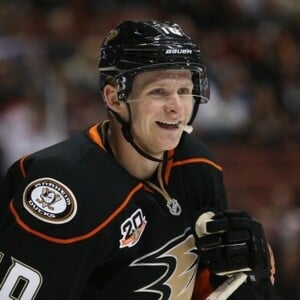