From 2006 to 2010 he played for the Brampton Battalion of the OHL and from 2008 to 2011 he played for the Manitoba Moose of the AHL. Hodgson was drafted #10 by the Vancouver Canucks in the 2008 National Hockey League Draft. He played for the Canucks from 2010 to 2012 before playing for the Buffalo Sabres since 2012. He has also represented Canada in international competition and won Gold Medals at the 2008 Under-18 championships and the 2009 World Junior Championships. Hodgson was named NHL Rookie of the Month in 2012 and was selected to the rookie All-Star Game. He was inducted into the Brampton Sports Hall of Fame in 2009 and holds five franchise records. In 2013 he signed a six year deal with Buffalo for $25.5 million. 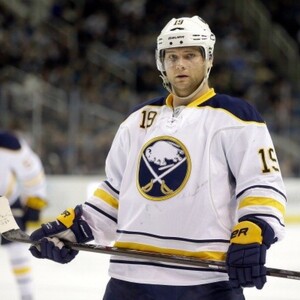