Chris Phillips net worth: Chris Phillips is a Canadian businessman and former professional hockey player who has a net worth of $20 million. He is best known for being the #1 pick of the 1996 NHL Draft. During his NHL career he earned around $38 million in salary alone, the same as around $47 million in today's dollars.

Chris Phillips was born in Calgary, Alberta, Canada in March 1978. He was a defenseman who shot left handed. Phillips was drafted #1 by the Ottawa Senators in the 1996 NHL Draft. He played for the Prince Albert Raiders of the Western Hockey League from 1995 to 1997 and also for the Lethbridge Hurricanes of the WHL. Chris Phillips played for the Ottawa Senators his entire NHL career from 1997 to 2015. He also spent time with Byrnas IF of the Swedish Hockey League. Phillips represented Canada in international competition and won gold medals at the World Junior Championships in 1996 and 1997. He became the co-owner of a microbrewery named Big Rig Brewery in 2012. 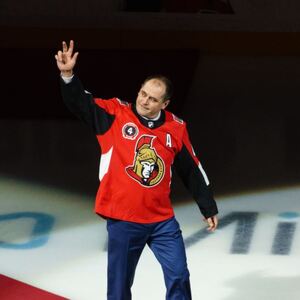