Chris Kunitz net worth: Chris Kunitz is a Canadian professional hockey player who has a net worth of $14 million. Chris Kunitz was born in Regina, Saskatchewan, Canada in September 1979. He is a left winger who played for the Ferris State Bulldogs where he was named to the All-CCHA First Team twice and the CCHA All-Tournament Team.

Kunitz went undrafted but signed with the Mighty Ducks of Anaheim of the National Hockey League in 2003. He played for the Atlanta Thrashers from 2005 to 2006 and then went back to the Anaheim Ducks until 2008. Since 2008 Kunitz has played for the Pittsburgh Penguins. He has won Stanley Cup Championship with the Ducks and the Penguins. Kunitz also represents Canada in international competition and won a Gold Medal at the 2014 Olympic Games and a Silver Medal at the 2008 World Championships. Kunitz was selected to the NHL First All-Star Team in 2013. 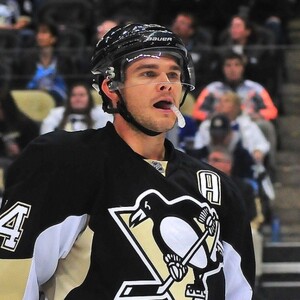