How much is Chris Chelios Worth?

Chris Chelios net worth: Chris Chelios is an American former professional hockey player who has a net worth of $20 million. Chris Chelios was born in Evergreen Park, Illinois in January 1962. He was a defenseman who played for the Moose Jaw Canucks of the SJHL and the Wisconsin Badgers in college. Chelios was drafted #40 by the Montreal Canadiens in the 1981 National Hockey League Draft. He played for Montreal from 1983 to 1990 and then for the Chicago Blackhawks from 1990 to 1999. Chelios played for the 1999 to 2009. He played for the Atlanta Thrashers from 2009 to 2010 before retiring. During his NHL career, Chelios won three Stanley Cup Championships and was selected to 11 NHL All-Star Games. He was also selected to five NHL First All-Star Teams and won three James Norris Memorial Trophies. Chelios also represented the United States in international competition where he won Gold at the World Cup of Hockey in 1996 and Silver at the 2002 Winter Olympics. Chelios is currently the Executive Advisor to Ken Holland who is the general manager of the Detroit Red Wings. He has held records for being the oldest active player in the NHL and playing the most games of any active player in the NHL, as well as most games played in the NHL by a defenseman. In 2013 he was inducted into the Hockey Hall of Fame. 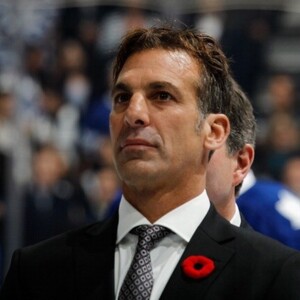