Carey Price net worth: Carey Price is a Canadian professional hockey player who has a net worth of $45 million. In 2012 he signed a six-year $39 million deal with Montreal. In July 2017 he signed an eight-year $84 million extension with the team. This contract boosted Carey's salary to $15 million per year.

By the time the contract is over, his NHL career earnings will be around $130 million. Carey Price was born in Vancouver, British Columbia, Canada in August 1987. He is a goaltender who catches left handed. Price started his career with the Tri-City Americans of the WHL. He was drafted #5 by the Montreal Canadiens in the 2005 National Hockey League draft. Price has spent his entire career playing in Montreal. He also represents Canada in international competition and won Gold Medals at the 2014 Winter Olympics and the 2007 World Junior Championships. Price also won Silver Medals at the 2005 IIHF World Under-18 Championships and the 2004 World Under-17 Hockey Challenge. He has won the Molson Cup six times and has been selected to the NHL All-Star Game four times. In 2015 Price won the William M. Jennings Trophy, Vezina Trophy, Ted Lindsay Award, Hart Trophy, and was selected to the NHL First All-Star Team. 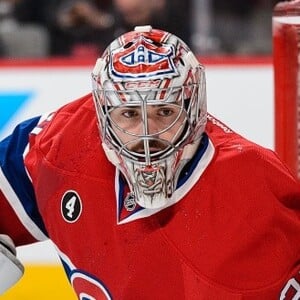