Cam Ward net worth: Cam Ward is a Canadian professional hockey player who has a net worth of $10 million. Cam Ward was born in Saskatoon, Saskatchewan, Canada in February 1984. He is a goaltender who played for the Red Deer Rebels of the Western Hockey League from 2000 to 2004. Ward then played for the Lowell Lock Monsters of the American Hockey League from 2004 to 2006.

In 2002 he was drafted #25 by the Carolina Hurricanes of the National Hockey League. Ward started playing for the Hurricanes in 2005 and has played there his entire NHL career. He has also represented Canada in international competition and won a Gold Medal at the 2007 World Championships and a Silver Medal at the 2008 World Championships. Ward won the Conn Smythe Trophy for NHL Playoff MVP in 2006 and won the 2006 NHL Stanley Cup Championship with Carolina. He was selected to the NHL All-Star Game in 2011. Ward was the first rookie starting goaltender to win an NHL championship since Patrick Toy did so in 1986. 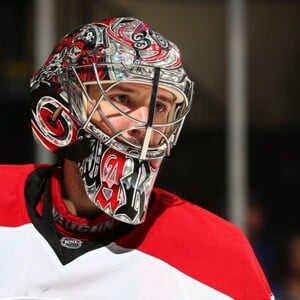