Brian Leetch Net Worth: Brian Leetch is a retired American professional ice hockey player who has a net worth of $37 million. Brian Leetch was born in Corpus Christi, Texas, in 1968. He played at Boston College and on the U.S. Olympic team before making his NHL debut after being the New York Rangers' ninth overall pick during the 1986 NHL Draft.

Leetch played with the Rangers, the Toronto Maple Leafs, and the Boston Bruins. He played for 18 years until his 2006 retirement. Leetch played in ten NHL All-Star games over the course of his career between 1990 and 2003. He is considered one of the best blueliners in the game; Leetch was named MVP of the Rangers six times. He won the 2001 Frank Boucher Award and the Ceil Saidel Memorial Award in 2002 and again in 2003. Leetch also earned the Players' Player Award, the Steven McDonald Extra Effort Award, and the Crumb Bum Award. The Rangers retired his jersey in a February 2008 ceremony. He holds several NHL records, including most goals by a rookie defender when he scored 23 during the 1998-89 season, and the first player born in America to ever win the Conn Smythe Trophy in 1994. In 2009, Leetch was inducted into the Hockey Hall of Fame. 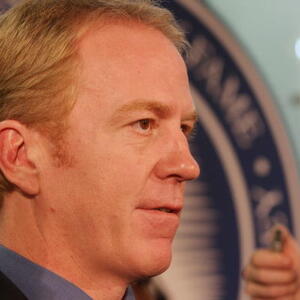