Brad Marchand net worth: Brad Marchand is a Canadian professional hockey player who has a net worth of $25 million. Brad Marchand was born in Halifax, Nova Scotia, Canada in May 1988. He is a left winger who played for the Dartmouth Subways Midget AAA team and the Monton Wildcats of the QMJHL.

Marchand was drafted #71 by the Boston Bruins in the 2006 National Hockey League Draft. He played for the Val-d'Or Foreurs of the QMJHL from 2006 to 2008 and also played for the Halifax Mooseheads. Marchand played for the Providence Bruins of the AHL from 2008 to 2010. He made his NHL debut in 2009 for the Bruins and has played there ever since. Marchand has also represented Canada in international competition and won gold medals at the 2007 and 2009 World Junior Champions, the 2016 IIHF World Championship, and the 2016 Canada Cup/World Cup. In 2016 he signed an eight year deal with Boston for $49 million. 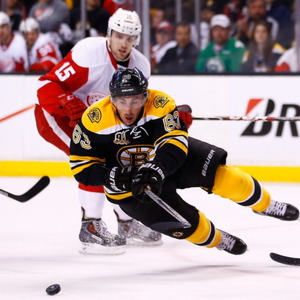