What is Bobby Holik's Net Worth?

Bobby Holik is a former Czech-American professional ice hockey player who has a net worth of $38 million. Born in 1971 in Jihlava, Czechoslovakia, Bobby Holik made his NHL debut with the Hartford Whalers after being chosen by the team tenth overall during the 1989 Draft. He was traded to the New Jersey Devils after two seasons and spent a decade with the team.

Holik later signed a five-year, $45 million deal with the New York Rangers before his contract was bought out in 2005. He signed with the Atlanta Thrashers and became the team's captain before returning to the New Jersey Devils on a one-year deal in 2008.

The six-foot-four, 240-pound center earned his American citizenship in New Jersey in late 1996. He and his wife Renee have one daughter together and live in Florida and Wyoming. Holik is an outspoken gun rights' advocate and is the celebrity representative for CZ-USA, a subsidiary of the Czech firearms manufacturer that is based in Kansas City.

In 2002 Bobby and Renee Holik bought a 25 acre ranch in Wyoming that has views of the Teton mountain range. Within a few years they build a 5,000 square-foot main mansion, a two-bedroom guesthouse, a riding area and barn. They listed this home for sale in June 2022 for $22 million. At the time it was the most-expensive private home listed in Wyoming. 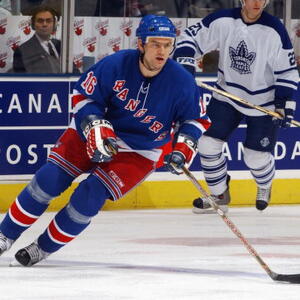