Bill Guerin Net Worth: Bill Guerin is an American retired professional hockey player who has a net worth of $42 million. Bill Guerin was born in Worcester, Massachusetts in November 1970. Guerin played for Boston College for two seasons and also for the Utica Devils of the AHL. Guerin was drafted #5 by the New Jersey Devils in the 1989 NHL Draft.

Guerin played for the Devils, Edmonton Oilers, Boston Bruins, Dallas Stars, St. Louis Blues, San Jose Sharks, New York Islanders, and Pittsburgh Penguins. Guerin won two Stanley Cup championships with the New Jersey Devils in 1995 and the Pittsburgh Penguins in 2009. He was selected to the NHL All-Star Game in 2001, 2003, 2004, and 2007 and was All-Star Game MVP in 2001. He was selected to the NHL Second Team All-Star in 2002. Guerin represented the United States in international competition and won 1996 World Cup of Hockey. He was the first player of Hispanic descent to play in the NHL. Guerin was inducted into the United States Hockey Hall of Fame in 2013. He became Assistant General Manager of the Pittsburgh Penguins in June 2014. 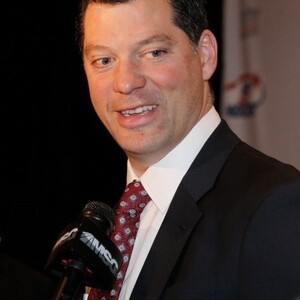