Anze Kopitar net worth: Anze Kopitar is a Slovenian professional hockey player who has a net worth of $18 million. Anze Kopitar was born in Jesenice, Slovenia, Yugoslavia in August 1987. He first played for the team HK Acronia Jesenice in the Slovenian Under 18 league. Kopitar played for HK Kranjska Gora in Slovenia and for Sodertalje SK in Sweden.

He was drafted #11 by the Los Angeles Kings in the 2005 NHL Draft. He debuted in the NHL in 2006 and became the first Slovenian to do so. He has played his entire NHL career with the Kings. He has won Stanley Cup championships with the Kings in 2012 and 2014 and both times led the NHL in post season points with 20 and 26. Kopitar represents the Slovenian national team in international competition including at the 2014 Winter Olympics in Sochi. He has been an NHL All-Star in 2008, 2011, and 2015, and was nominated for the Frank J. Selke Trophy in 2014. In 2008 Kopitar signed a seven year deal with the Kings for $47.6 million. 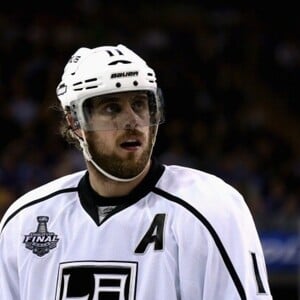