Andrei Markov Net Worth: Andrei Markov is a Russian-Canadian professional ice hockey player who has a net worth of $35 million. Born in Voskresensk, Russian SFSR, Soviet Union, in 1978, Andrei Markov was drafted 162nd overall in the 1998 NHL Entry Draft by the Montreal Canadiens. During his time playing in Russia, Markov was considered to be among the best defenders. He has played on several Russian teams, including the Dynamo Moscow and Vityaz Chekohv, and the only NHL team he has played on to date is the Canadiens. As of the fall of 2014, Markov remains with the team on the blue line and is an alternate captain after signing a three-year deal in June. Markov plays on the Russian national team internationally and has earned several medals, including gold at the 2008 World Championships in Canada, bronze at the 2007 World Championships in Russia, and a second bronze at the 2005 World Championships in Austria. He earned his Canadian citizenship in July of 2010. Heading into the 2014 season, Markov has appeared in 795 career regular season games (including his time in Russia) with 98 goals, 344 assists, 442 points, and has spent 413 minutes in the sin bin. Markov has also played in more than 70 postseason contests. 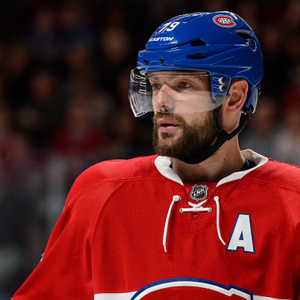