Alexei Yashin Net Worth: Alexei Yashin is a Russian retired professional hockey player who has a net worth of $42 million. Alexei Yashin was born in Sverdlovsk, Russian SFSR, Soviet Union in November 1973. He played for Avtomobilist Sverdlovsk in the USSR and Dynamo Moscow in the RSL. Yashin was drafted #2 by the Ottawa Senators in the 1992 NHL Draft. He was traded to the New York Islanders in 2001 where he signed a 10 year contract worth $87.5 million. After playing for the Islanders Alexei played for Lokomotiv Yaroslavl in the RSL and KHL and SKA St. Petersburg and CSKA Moscow in the KHL. He retired after the 2011-12 season. Yashin has represented Russia in international competition and won a Silver at the 1998 Winter Olympics and a Bronze at the 2002 Winter Olympics. Yashin has been in a long-term relationship with former model Carol Alt. He was appointed by Russian Hockey Federation President Vladislav Tretiak as general manager of the Russian National Women's Team in 2012.

In 2001 Alexei paid a little under $4 million for an incredible property in the town of Old Westbury, New York. The 3.3 acre property features an 8,000 square-foot mansion that is opportunely decorated with marble throughout. He listed the home for sale in January 2022 for $9 million. 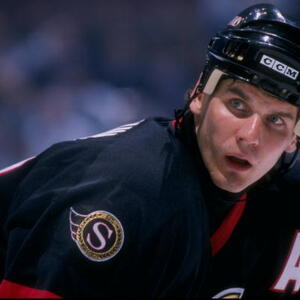