Alex Steen net worth: Alex Steen is a Canadian professional hockey player who has a net worth of $8 million. Alex Steen was born in Winnipeg, Manitoba, Canada in March 1984. He is a center who shoots left handed. Steen played for Frolunda HC in the Swedish Hockey League from 2000 to 2004 and also played for Modo Hockey from 2004 to 2005.

He was drafted #24 in the National Hockey League draft in 2002 by the Toronto Maple Leafs. Steen played in Toronto from 2005 to 2009 and was traded to the St. Louis Blues in 2008 where he has played ever since. In 2013 he signed a three year deal with the Blues for $17.4 million. Steen also represents Sweden in international competition and won a Silver Medal at the 2014 Winter Olympics in Sochi. During the 2012-13 NHL lockout he played for Modo in Sweden. 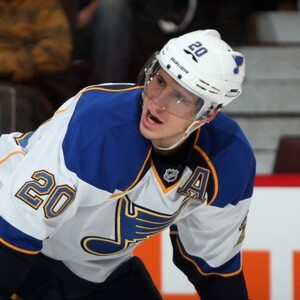