Hans Lindberg net worth: Hans Lindberg is a Danish handball player who has a net worth of $30 million. Hans Lindberg was born in Hoje-Taastrup, Denmark in August 1981. He is a right winger who started his career with Team Helsinge from 1999 to 2005. Lindberg played for Viborg HK from 2005 to 2007 and for HSV Hamburg from 2007 to 2016.

He joined Fuchse Berlin in 2016. Lindberg has also represented Denmark in international competition since 2003 and won Gold Medals at the 2008 and 2012 European Championships and Silver Medals at the 2011 and 2013 World Championships and the 2014 European Championship. Lindberg was the Bundesliga Best Goal Scorer for the 2009-10 and 2012-13 seasons. He was the top scorer in the tournament when he won the EHF Champions League title with HSV Hamburg for the 2012-13 season. He was also named All-Star Right wing of the World Championship in 2013. 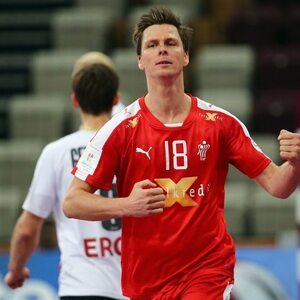