Gautam Gambhir net worth: Gautam Gambhir is an Indian cricket player who has a net worth of $30 million. Gautam Gambhir, affectionately known as Gauti, is a left-handed opening batsman and middle-order player. Being known for his blazing batting style and uniquely balanced and yet aggressive approach to the game, he has become one of the governing player in the Indian cricket team.

He was born on October 14th 1981 in New Delhi, India, and has grown into a notable Delhi resident, representing his hometown in first-class cricket and becoming a prolific run-scorer in domestic cricket with an average of over 50. Gambhir made his debut in the One Day International tournament in 2003, representing India against Bangladesh. While the next year, he played his first Test, but this time against Australia. In the period between late-2010 and late-2011, Gambhir was named captain of the ODI team and it was under his captaincy when the Kolkata Knight Riders won their first title in 2012. Furthermore, he played a key role in bringing India to victory in two more big-league events: the 2011 Cricket World Cup (97 from 122 balls) and the inaugural 2007 World Twenty20 (75 from 54 balls). Currently, he is the highest run-scorer for India in the Twenty20 Internationals and 9th highest in the ODIs as well as the highest paid cricketer in the history of IPL with a salary of $2.4 million. 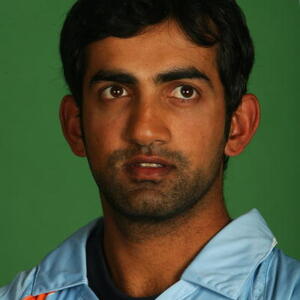