Gary Stevens net worth: Gary Stevens is an American horse racing jockey, actor, and sports analyst who has a net worth of $4 million. Gary Stevens was born in Caldwell, Idaho in March 1963. He started his career as a professional jockey in 1979. Stevens has won the Kentucky Derby three times as well as the Preakness Stakes and Belmont Stakes three times a piece.

He has won the Breeders' cup 10 times and the Santa Anita Derby nine times. Stevens was inducted into the United States Racing Hall of Fame in 1997. In February 2015 he celebrated his 5,000th North American win. He has suffered from knee problems and worked as horse racing analyst for NBC Sports, HRTV, and TVG. Stevens underwent a total knee replacement in 2014 and returned later the same year. As an actor he starred as George Woolf in the movie Seabiscuit in 2003. He also starred as Ronnie Jenkins in the television series Luck from 2011 to 2012. Stevens was nominated for a Screen Actors Guild for Outstanding Performance by a Cast in a Motion Picture for Seabiscuit in 2004. 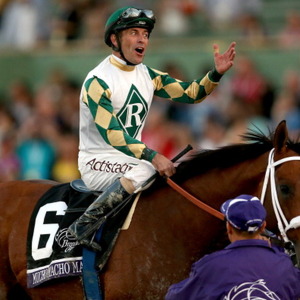