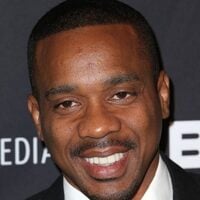 What is Duane Martin's net worth?

Duane Martin is an American film and television actor and real estate agent who has a net worth of $500 thousand. Duane Martin is probably most famous for being formerly married to actress Tisha Campbell and for an eyebrow-raising 2016 bankruptcy filing. In 2016, two years before separating, Duane and Tisha filed for bankruptcy. The filing showed that the couple was in debt to the tune of $15.1 million with minimal assets. More on their bankruptcy in a moment.

Duane Martin was born in Brooklyn, New York in August 1965. He played college basketball at New York University and was signed to the National Basketball Association's New York Knicks as an un-drafted free agent in 1989. He was cut and did not get to play in the NBA, so he focused on acting. His first TV appearance came in 1990 in Moe's World. He made his film debut in the 1992 basketball movie White Men Can't Jump. He also starred in the basketball related Above the Rim. Martin has gone on to star in the films Down Periscope, Scream 2, The Faculty, Any Given Sunday, Deliver Us from Eva, and Ride or Die. He has had recurring roles in the TV shows Out All Night, Getting Personal, All of Us, Rita Rocks, and The Paul Reiser Show. Duane also appeared in the "I'll Make Love to You" video by Boyz II Men. He starred in the 2013 TV series Real Husbands of Hollywood. He married actress Tisha Campbell-Martin who starred in Martin and My Wife and Kids in 1996. The couple has two songs together. Duane has been nominated for a Daytime Emmy Award, an NAACP Image Award, and two BET Comedy Awards.

On April 4, 2016, it was revealed that Tisha Cambell and her husband Duane Martin have filed for Chapter 7 bankruptcy. In the filing, the couple claimed to be drowning in $15 million worth of debt and only had $313,000 in assets between them. Their listed assets include $65,000 in real estate and $248,000 in personal property. Their combined monthly income was $7,655 and their monthly expenses were $16,953. They own a 2014 Range Rover, a 2016 Range Rover, a 1999 Kawasaki Drifter and a Jeep Wrangler. They owe $15,145,387 in liabilities to various creditors including $3 million which is owed to Broadway Federal Bank for a real estate loan and $9.5 million to the City of Los Angeles for a personal guaranty. They also owe tens of thousands of dollars in back taxes.

In February 2018, Tisha filed for divorce from Duane after 22 years together. In a September 2018 court filing, Tisha says she has $1.5 million worth of assets but does not have a steady source of income. She claims her monthly expenses total $33,000 and Duane's monthly income exceeds $62,000. Tisha claimed Duane hid money during their marriage. She also claimed that Duane owns $750,000 worth of t-shirts (500 shirts that are somehow worth $1500 a piece). 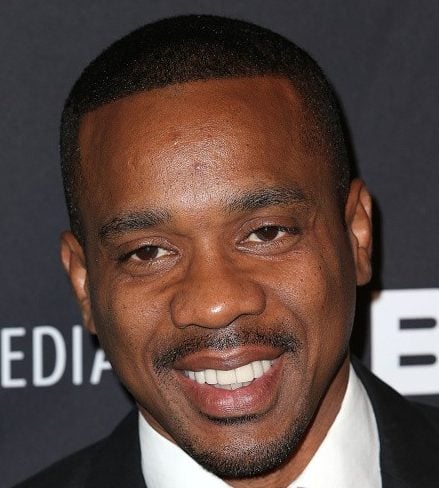 In 2009, it was reported that Tisha and Duane had sold a property in Lake Arrowhead, California for $1.597 million. The property was previously purchased by the couple in 2004 for $880,000. The house features 3,858 square feet of living space and a slip dock grants water access to anyone who might have a boat. In 2005, the couple paid $900,000 for another property in Chatsworth, which became their primary residence.

As part of Duane's bankruptcy deal, he was forced to sell off this property in Chatsworth in order to pay off a multitude of debts, including a $1.5 million loan provided by none other than Will Smith. However, Tisha Campbell moved to block her ex-husband from receiving any proceeds from the sale of the Chatsworth property. Because Duane was so heavily in debt and essentially forced the couple to sell their family home, Tisha argued that neither Duane nor his family should be allowed to benefit from the real estate sale.