Diana Nyad net worth: Diana Nyad, most known for being a (very) long distance swimmer, has a net worth of $3 Million. Born in New York City in 1949, she has broken many world records for swimming. Some of her most memorable swimming escapades started in 1975 when, at 26 years old when she swam around the entire circumference of Manhattan Island (New York City). As a testament of her athletic ability, she also swam from North Bimini Island all the way to the Juno Beach, Florida. She made it in 27 hours, breaking the world record for BOTH men and women. Several years ago she attempted to swim from Cuba to Florida, despite being in her 60's. Just like the attempt in August of 2011, she didn't make it, but she did manage to spend a fair amount of money attempting! The first trip cost over $500,000, but it did manage to get her back in the news so she could continue to make speaking engagements around the world. She charges from $10,000 to $15,000 to give her motivational speeches. She has also written several motivation books and been part of many other people's books on sports and athleticism. 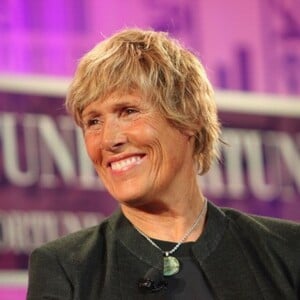