Dave Mirra net worth: Dave Mirra was an American bicycle motocross athlete, rally car driver, and businessman who had a net worth of $15 million. Dave Mirra was born in Chittenango, New York on April 4, 1974. At one point during his career, he held the record for winning the most X-Games medals. His record was broken by Bob Burnquist in 2013. Dave also held the honor of medaling in each X Games from 1995 to 2009, minus 2006. Mirra was sponsored by Haro bikes for many years. He also eventually started his own bike company. For two seasons he was the host of MTV's Real World/Road Rules Challenge. Dave was been featured in multiple video games series and appeared on television shows such as the Today Show, the Late Show with David Letterman, and Punk'd. Over the years, Mirra has had sponsorship deals with GT Bicycles, Recarco, Monster Energy, Nike, Puma, Maxxis Tires, Bell helmets, Subaru, and Snafu. His company MirraCo was founded in 2007. He also has his own PlayStation 2 video game. He was noted for riding a gold plated bicycle in the 2005 X-Games, reportedly worth $7500. In 2011 Mirra retired for motocross and took up rallycross racing. Dave Mirra married Lauren Blackwell Mirra in 2006. He is the 2005 winner of the Best Male Action Sports Athlete ESPY Award. Tragically, Dave Mirra died from a self-inflicted gunshot wound on February 4, 2016. He was 41 years old. 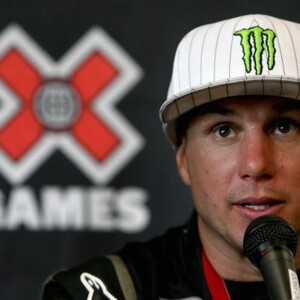