Chuck Zito net worth: Chuck Zito is an American actor, amateur boxer and martial artist who has a net worth of $2 million dollars. Born in New York, New York, Chuck Zito, also known as Charles Zito, Jr., began boxing while still in elementary school under the tutelage of his father, a welterweight fighter. He left school at age 17 and got married. In the early 80s, he founded the New Rochelle Motorcycle Club. His club and the Ching-a-Ling Nomads merged to create a larger group. He subsequently left the Nomads and joined the Hell's Angels. The New York chapter of the Hell's Angels was partially established by Mr. Zito, and he went on to become the chapter's president. During this time, he also began boxing professionally. His boxing career led to a career as a bodyguard, and he started his own bodyguard business, "Charlie's Angels Bodyguard Service". The company had a number of celebrity clients, including Liza Minnelli, Sean Penn, Mickey Rourke, Sylvester Stallone, and Charlie Sheen. He began working as a stuntman and actor in the mid-90s. After serving as a member of the Hell's Angels for over two decades, he left to focus on his acting career in 2005. He released his autobiography in 2003 and currently has his own radio show on Sirius Radio. 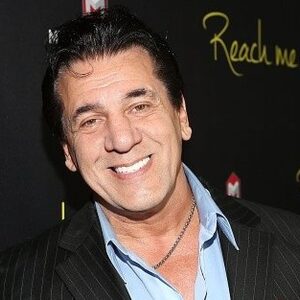