Chris Wright net worth: Chris Wright is an English cricketer who has a net worth of $70 million. Chris Wright was born on July 14, 1985 in Chipping Norton, Oxfordshire, England. He bats right handed and his a right-arm fast-medium bowler. He played in a number of Hampshire youth leagues while growing up, but never officially signed with the squad. Chris Wright made his first-class debut in 2004 for Middlesex, and attended the Middlesex Academy. He remained at Middlesex from 2004 and 2007; during that time he also was a part of Tamil Union Cricket and Athletic Club, from 2005 to 2006. From 2008 until 2011, he played for Essex, and in 2011 he signed with Warwickshire. In 2012, Chris Wright and teammate Keith Barker formed an opening attack partnership that helped lead Warwickshire to the 2012 County Championship. During that season, Wright took over 50 first-class wickets. Through 2013, he has participated in 89 first-class matches, clearing 251 wickets with a batting average of 17.13. He's also been a part of 90 List A matches, scoring 219 runs and posting a batting average of 10.42, and has played in 46 T20 matches, scoring 23 runs and taking over 40 wickets. 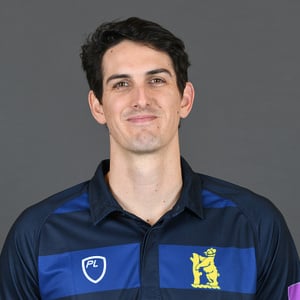